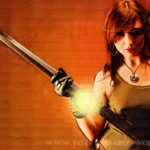 Winners are all HUMAN or MONSTER players, according to which creature type has more governed the kingdom during the competition.